This is a bit of an unfair month; nothing I read was a particular DUD, although there were a lot of “average” reads. However nothing fell below 3 stars (out of 5). That said, there were a lot of very specialised genre books, so bare in mind that although I enjoyed them all, they are definitely not all for everyone. 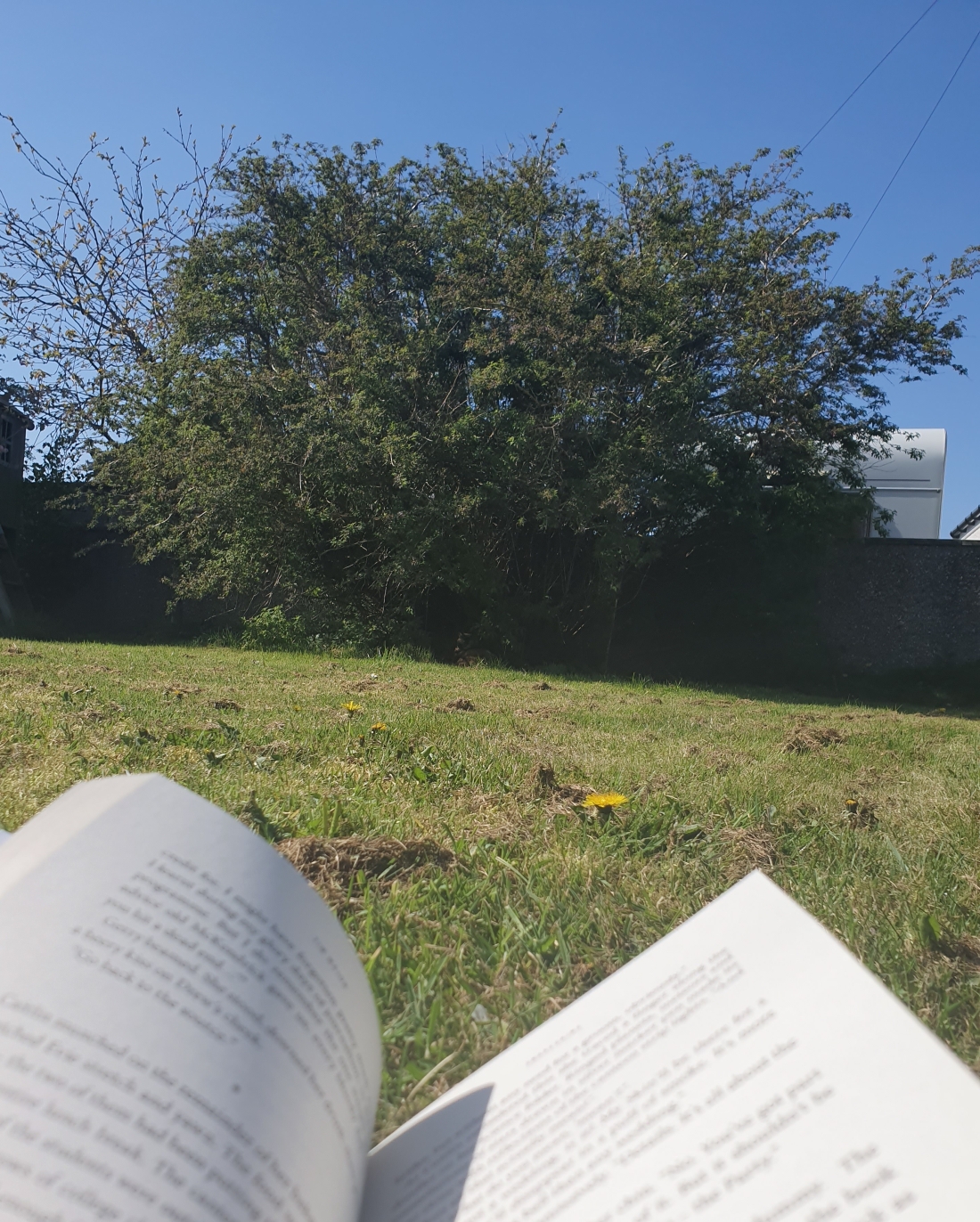 The Library Book by Susan Orlean

This was my surprise of the month. An impulse pick up from the Library display, it felt like Kismet and it was. Orlean is a staff writer for the New Yorker, who previously wrote the Orchid Thief, which I’ve heard of but yet to read. In The Library Book she re-discovers her love of libraries through her son’s school project and sets her journalistic eye on the history and depths of the Los Angeles Central Library which suffered a cataclysmic fire in 1986.

Part History book, part mystery investigation and part sociology study of the Microcosm of the Library’s clientele, no description can do this book justice. Try and tell someone what it’s about and it just sounds archaic, but like the libraries it waxes lyrical about, it 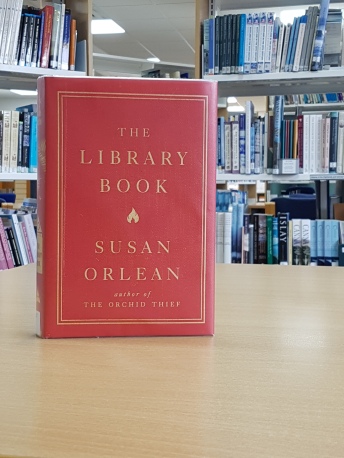 has hidden fathoms. It’s beautiful; atmosphere and quotes dripping from every page, and not only have I not stopped talking about it since I read it, but I’ve immediately had to go out and buy my own copy. Seriously, give it a try, if you love books I dare you not to fall further in love with libraries and librarians after reading this.

A collection of essays from activists, actresses, and women wanting to shout their autonomy from the hills, FDWP is a must read for anyone beginning their Feminist journey, or simply wanting to shore up their battle weary heart after another day of fighting the patriarchy. As with all essays, you may not agree with everything written here, but the book makes clear that you don’t have too. Everyone’s interpretation of Feminism is going to be slightly different, and each is equally valid. It’s about listening to all view points, educating yourself on experiences you may not directly 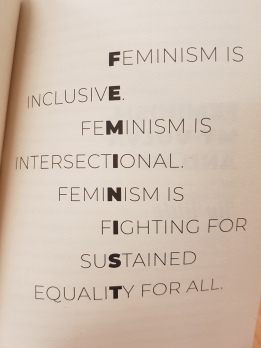 have had and supporting other women in their own battlefields, and all the proceeds go to Girl Up a United Nations Foundation Initiative, so you’re helping others while reading!

I found it inspirational and funny and I think if you come to it willing to learn then you’ll definitely gain something from it.

I’m not going to say much about this, because I have book giveaway and fuller review coming later in the month – but it’s definitely worth it. An excellent and intriguing Sci-fi novel which deals with themes of humanity, empathy and power and which I could not predict even down to the last couple of chapters.

I have an Avengers itch that needs scratched (It’s not on in the cinema here until the 24th of May. Avoiding spoilers is HARD), so this came along at the right time. Thanos is my Ultimate villain right now and so getting a book looking at his internal motivations has the same feel as reading a serial killer psychological study…who says Marvel fans take things too seriously?

This book is NOT set in the cinematic universe, but it is close enough to scratch that itch for me. Having suffered a final defeat at the hands of the Avengers Thanos begs his beloved Mistress Death for a final chance to prove his devotion and she puts him through an afterlife walkabout that steadily reveals hidden depths to Thanos and his motivations, as well as some welcome cameos from more heroic characters.

The Titanic Detective Agency by Lindsay Littleson (Published 15 May 2019)

Trembling with excitement, Bertha Watt sets out on the adventure of a lifetime: her and her mother leaving behind their old life in Aberdeen to meet up with her father in Oregon and start a new life full of promise and opportunity and, if she behaves herself, a pony. Facing several boring days crossing the Atlantic onboard a ship, she and her new friend, Madge, decide to set up The Collyer-Watt Detective Agency. Along the way, Bertha befriends Johan, a 3rd class passenger with a desperate passion to reunite his family. But something even more ominous is lurking over the horizon: It’s April 1912 and Bertha, her family and her friends are sailing to America aboard the Titanic’s maiden voyage. 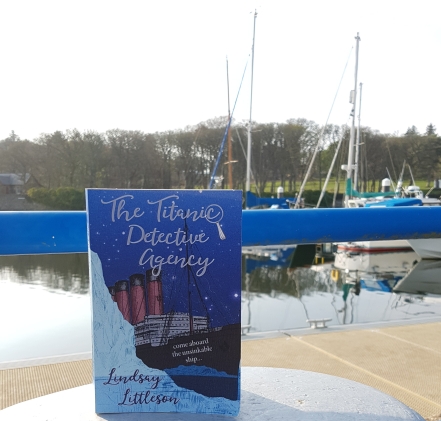 The Titanic Detective Agency by Lindsay Littleson is a tale of two halves. The first; a look at the innocent and nostalgic childhood from the early twentieth century – both that of the privileged, and the heavier responsibilities of those in poverty. The second half is wrought with tangible horror and heartbreak, as the ending that you almost forgot was looming comes to fruition. Littleson has done her research, and although the narrative is fiction, all the characters are based on true-life passengers aboard the doomed Ocean liner with some of the more out there twists and turns being based on fact – truth is often stranger than fiction after all. An excellent introduction to the Titanic for younger readers.

The Psychology of Time Travel by Kate Macarenhas

In the 60s four female scientists make a landmark breakthrough that will transform the world – Time travel. But their paths soon diverge as one of them has a shakey temporary reaction and is unashamedly pushed out in order not to tarnish the project. Meanwhile, in the present a mysterious and unidentified dead body appears in a locked room, but without any way to identify it how can the case be solved.

I am a SUCKER for Time Travel. It doesn’t need to make sense for me, I just love the different narrative options it can open up for a story – it feels like a sandbox of possibilities for me. So when this fell through my letterbox courtesy of my monthly book subscription I was giddy. It was a dark exploration of how power corrupts and that we should be careful what we wish for, alongside a healthy dose or mystery thriller, and female lead to boot. My only complaint was that it felt a little like it was playing it safe to appeal to the mainstream market and that it could have let loose and gone even darker.

Alison is a high flying London Barrister deep in a guilt ridden affair and who’s family life is falling apart, her husband Carl systematically pulling away and taking their daughter with him. When Alison is handed her first murder by her lover, things start to come to a head. But who is really manipulating who and can Alison find her way back from the brink to the life she really wants?

It’s a typical mystery thriller, well-written but fairly predictable, and with a messy alcoholic female protaganist. A must read for anyone who loved Girl on a train and Anatomy of a Murder, but still a mystery thriller by numbers.

Le Sigh. I enjoyed The Farm; it was a good read but it simply didn’t live up to expectations. It was sold as a feminist almost dystopian tale, and while all the main characters are complex women, it is much more focused on current world issues which we’re grappling with and moral and ethical questions around surrogacy and potential exploitation. While these are interesting and prescient topics and the characters were engaging and well written, the ending felt like a cop out. I’m not sure it ever really reached a conclusion. I was happy for the outcome for most characters, but it felt like it dodged the overarching issues and complexities in order to wrap everything up in a nice little bow, without ever truly delving that deeply into the issues of exploitation and racism that it hinted at.
A good read but not as world shattering as had been implied.

I’m a Supernatural Fan. For a brief period I was even part of the Fandom. I’m on my third full rewatch and I will absolutely feel like something is missing when the show ends next year (God help me, those boys BETTER get a happy ending!..although I’m not holding out much hope), so I jumped up and down with excitement when I was offered this for a preview, and I did enjoy it. But it did not feel like a Sam and Dean story. 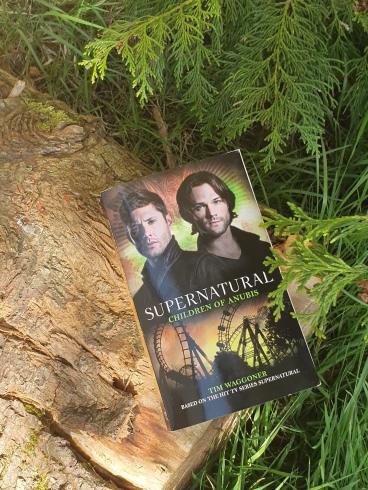 Introducing a new monster after so many seasons is impressive, and this story, which is set during season 12 introduces a family of Jackals, a monster that has generally stayed off the radar of hunters by not rocking the boat and only harvesting after natural deaths. However they do rub Werewolves up the wrong way, and this unfortunate pack find themselves in a town already marked as the territory of a particularly aggressive pack of werewolves. So begins a turf war which is essentially a bloodier version of Westside Story, or Romeo and Juliet to go back to the original. And Turf wars Definitely attract the attention of hunters. So enter Sam and Dean and a couple of other fan favourites, but the story still belongs to the Jackals. And it’s engaging, and the characters are excellent so I’d definitely pick up another one. But that still doesn’t mask the disappointment that this wasn’t a story focused on Sam and Dean, despite some illuminating flashbacks.

Todd Milstead is a jackass; barely tolerated by a few close friends who love his whiskey more than him and loathed by almost everybody else, his arrogance and self-satisfaction mark him for a comeuppance well overdue. Until one night when he discovers that he can recall a book, word for word, that no one else has ever heard of – the titular All My Colors. Being a wannabe writer who, until this moment hasn’t managed to construct enough narrative to fit on a napkin, Todd decides that this is his chance, and while fending off an acrimonious divorce sets about writing the next Great American Novel.

All My Colors is the latest novel from David Quantick, who this time takes a twisty look at the Publishing industry and the pain of trying to write something, sometimes anything, that might help you leave a mark. In this case it comes with a high price for Todd and his long suffering friends, proving a cautionary tale at chasing your dreams at any cost, and serving up an end reminiscent of an episode of Tales from the Crypt – weird but deserved and with a cackley twinkle.

All My Colors is dark and twisty and has a horrible protagonist, even in his nicer moments and so-called reformation. While the end feels a little bit too rushed and the atmosphere is all over the place, it carries enough threads of curiosity through it to keep you turning the pages and wondering how they can all be tied together.